Seen in the Sanctuary

I took a quick trip around the Dr George trail at noon because it just looked like too nice a day to stay indoors. Here's a little of what I saw: 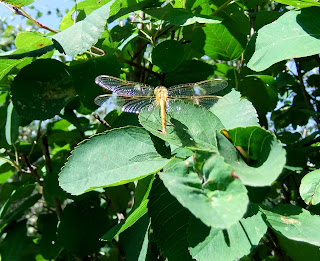 I always love dragonfly season. This one's a female Meadowhawk (probably a Pale-faced Meadowhawk, although she's unhelpfully hiding her face here). Meadowhawks are one of the smaller types of dragonfly. 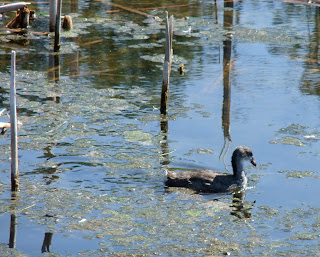 I'm including this shot mostly just because I have a sneaking suspicion that I've been taking photos of this same exact bird all summer long. Likes to pose, I guess. 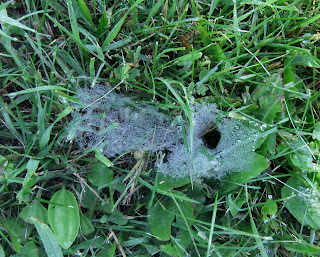 The dew on this Grass Spider web made it show up a lot better than they usually do. The hole to the right is actually more of a funnel (the webs themselves are called funnel webs). The spider would be hiding at the bottom of the funnel, waiting for potential prey to vibrate the web. 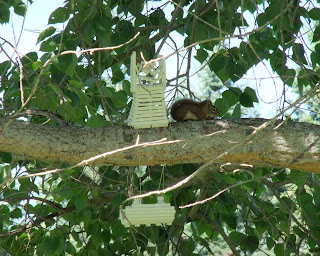 And finally, apparently the squirrels are enjoying the Little Forts in Peculiar Locations art installation as much as I have. If you haven't yet had a chance to look for the forts, make sure you stop by the Marjorie Wood Gallery first to pick up your map.
Posted by Diane at 1:10 pm

Always interesting to see what's going on in the sanctuary.

Interesting post. Would be nice to see some more that are up to date.