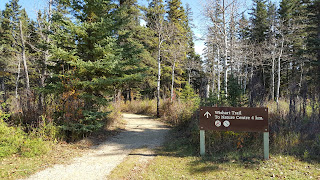 The Gaetz Lakes Sanctuary is getting a long-awaited upgrade to one of its most impressive viewpoints. For 30 years the East Gaetz Lake viewing deck on the east side of the Sanctuary has been providing visitors with a great look at the East Lake, the forest below, and the west side of Red Deer. The viewing deck has a unique, raised platform that puts people out, over the escarpment, while making as little impact with the ground as possible.

30 years of use, 30 years of summer sun, winter snow, spring rains, and fall leaves have taken their toll on this structure. It needs to be replaced. Beginning on Sept 29 crews will start dismantling the structure. New, low-impact screw piles will be driven into the hillside, and a new viewing deck will be installed. The raised boardwalk and staircase leading to the deck will also be replaced as they too, are nearing the end of their safe, usable life.

In order to complete this work, we will need to close the Wishart Trail beginning September 29, 2016. The trail will be closed from the north end of the Gaetz Lakes Sanctuary, along the east side of the loop,  through to the top of the long staircase at the south end of the Sanctuary. We will keep the west side of the Wishart trail loop open from the Nature Centre through to the staircase.
The 1 kilometre Dr. George Trail loop will be unaffected.

If you have any questions, please do not hesitate to phone the Kerry Wood Nature Centre at 403-346-2010.

Jim Robertson on his retirement

Paraphrased and cribbed shamelessly from an article by Martin Edwards

Shakespeare’s As You Like It features a speech by the melancholy Jacques on the seven ages of mankind. “All the world’s a stage, and all the men and women merely players,” he begins, and reflects on the seven-stage journey from infancy to old age. With 31 years under my belt in my current job, I think there were also seven stages of my time at the Kerry Wood Nature Centre and with the entire Waskasoo Park Interpretive Program.

First, there was the honeymoon, when I had seemingly infinite goodwill, momentum, political support, and thus had the maximum opportunity for creating the best urban park interpretive program that I could. This was so refreshing! After leaving the oh-so-political bureaucracy of the national parks, all of a sudden the whole of my political world was in support. City Council and senior administration, even our local provincial and federal politicians loved what was happening in Waskasoo Park. Some even came to have their pictures taken here!

The second stage was resistance. Maybe I was oblivious or just lucky, but apart from the hard dollars-and-cents issues that plague anyone working in the real world, I never noticed great resistance to what we tried to do here. Going to cost-recovery programming met some opposition, but has since proved to be our salvation. Originally, everything we did in the interpretive program was free of charge. We now raise fully one third of our budget, and that enables us to do so much more than simply keep the doors open and the lights on.

After resistance came building. We did the first revamp of Fort Normandeau’s exhibits in 1990, when the park interpretive program took over the operation of the fort, and then completely replaced them in 2013–2014. We expanded the Nature Centre twice, first in 1989 and again in 2000, and did two interim exhibit renewals before completely redoing them last year. Our staff numbers have increased over the years, in part from the support of the City and largely due to our “self-generated revenue”. This is what pays for the approximately 800 programs we deliver every year.

The fourth stage has been embedding the successes. This was when achievements were fixed in place and, through policy, board development, repetition, and collaboration with our partners, became part of the organisation’s DNA and what the community expected of us.

To be honest, the fifth stage was boredom. We brought in the changes, won the battles, built and embedded. I then asked “what now?” The thought of another year of developing and monitoring our budget, supervising ordinary day-to-day operations, and changing light bulbs didn’t appeal to me. I did look around for other possible jobs, but I’m glad I didn’t leave, because I would have missed out on the sixth, innovative stage: renewal.

I was able to use this time to challenge the organisation—and myself—to reach for new heights. While I was very happy with how the Waskasoo Park Interpretive Program got started, it has been the renewal stage that I am most proud of today. We have re-invented ourselves as a stand-alone society, separate from the Museum and the City. I went back to school and—with support from the Normandeau Society (now WEES)—got my MA in Environmental Education. We have replaced all the old, outdated exhibits with ones better suited to today with modern messaging. Our programs are well received. Our nature preschool program was a cutting-edge program when it started, and is still a model for similar new programs. Our finances are sound. City Council and administration are still happy with us. The NOVA Imagination Grove and the Kiwanis Harmony Garden are amazingly successful. Structures and trails in the Sanctuary are being rebuilt, and the interpretive signage along the Waskasoo Park trails is being renewed.

Finally, there is a seventh stage. I’m unsure what it is yet. I would like to think that I could cycle past boredom again into another time of renewal, thus delaying the final stage. There is still so much to be done. The interpretive signage in the Sanctuary and throughout Waskasoo Park has to be replaced. Our programs always need to be tweaked, and sometimes need wholesale replacement as Alberta Education changes its curriculum. Parts of our new exhibits could be improved upon. I’d love to see our self-generated funding increase further, so that we could expand the operating season at Fort Normandeau and bring in some special expertise at the Nature Centre.

But I could be wrong. It might be the seventh age according to Jacques: decrepitude, when the years of toil have taken their toll on the player and it is time to leave the stage and go without fear into the calm pastures beyond. Everyone has a “best-before” date. I see that we now have a strong team in place to continue to build on the foundation we’ve created since 1985. I’m happy to step aside and watch where fresh new ideas and energy take the Waskasoo Park Interpretive Program. Besides, I still have things to do, places to go, and people to see. I’d better get on with it before decrepitude seriously sets in.

There will be a goodbye drop-in reception for Jim from 3:00 to 5:00 on Friday September 2nd in the
Nature Centre.

Coming up in January

The Banff Mountain Film Festival World Tour may have sold out, but there are still plenty of things going on in around around the Kerry Wood Nature Centre. Here are some highlights:


Have questions about our events or workshops? Call us at 403-346-2010, drop us an e-mail at general@waskasoopark.ca, or as us on Twitter (@NatureCentre) or Facebook!
Posted by Diane at 2:18 pm 0 comments

Links to this post
Labels: Nature Centre, programs and events
Email ThisBlogThis!Share to TwitterShare to FacebookShare to Pinterest

Meet Myrna and have your copy of
Backyard Bird Feeding- signed by her. 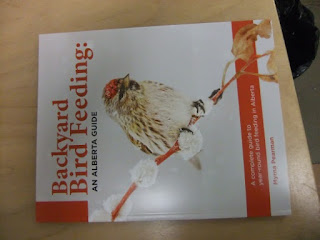 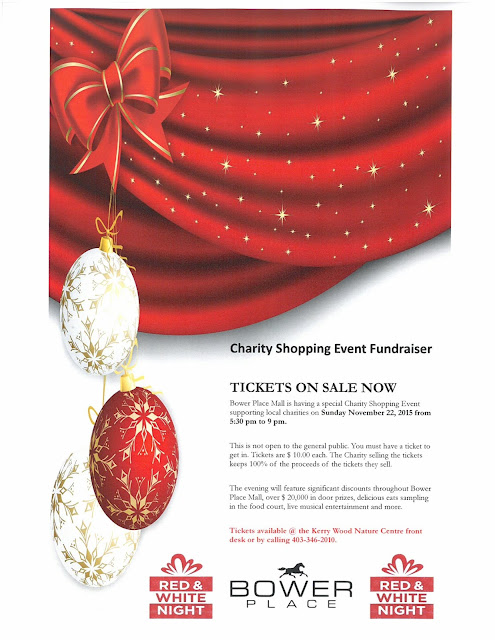 Once again, the Kerry Wood Nature Centre is taking part in Bower Place's Red & White Night charity shopping event this year. On the evening of November 22nd, the mall will only be open to people who have bought tickets to the event. It's a great way to do some Christmas shopping without fighting the crowds.

Charities receive a percentage of all the tickets they sell, so we ask that if you are interested in going, please pick up your tickets from us at the Nature Centre, or call 403-346-2010. Thanks in advance!

As of today, our thirty year old permanent displays have been closed down and will be dismantled to prepare for the construction of new displays. The building itself, including the Bookstore, Theatre, and Discovery Room, will still be open, and of course the Gaetz Lakes Sanctuary is always available for quiet nature observation.

Our new displays are scheduled to open October 31st, 2015. Watch this space, Facebook, and Twitter for updates on construction progress!
Posted by Diane at 10:07 am 0 comments

Yes, that was our summer staff for Kerry Wood Nature Centre and Fort Normandeau that you may have seen taking pictures (and, um, doing performance art) around the park system today. Looks like a great team this year, and I think we're all raring to go... 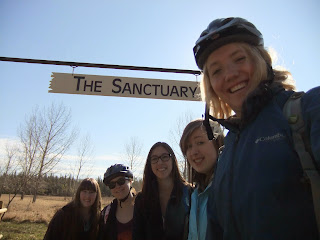 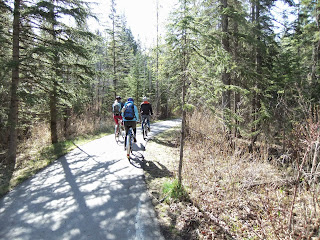 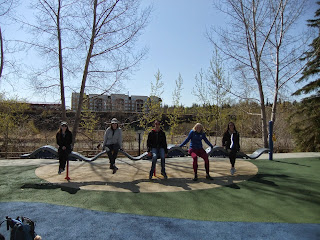 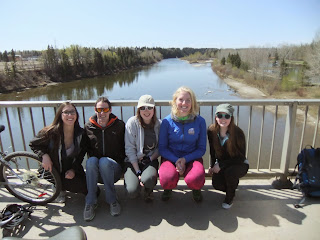 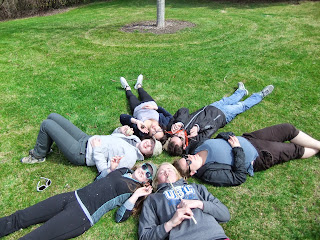