What's in the Woods?

I love walking through the woods - any woods - and imagining what's going on, just out of eyesight and earshot. Sure, you can hear the birds twittering and the squirrels screeching away at each other, and every once in a while you'll hear the crack of a branch telling you that a deer or moose is nearby. On special occasions you'll get to see the animals as they move through their environment, possibly unconcerned about your presence.

More often though, we're completely oblivious to the comings and goings of the larger animals with whom we share natural spaces. By virtue of their better-tuned senses of smell and hearing, animals are often more aware of us, than we are of them.
With that in mind and in an effort to record what's going on just beyond the tree-lines of the Gaetz Lakes Sanctuary, the City of Red Deer Parks Department has installed a trail cam in the woods. Over the next few months, they'll move it around throughout the 300 acres and capture daytime and nocturnal images of the animals who travel through and who make the Sanctuary their home. 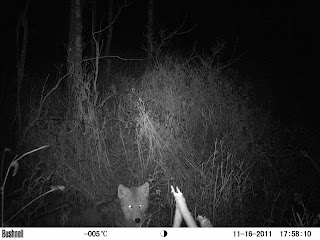 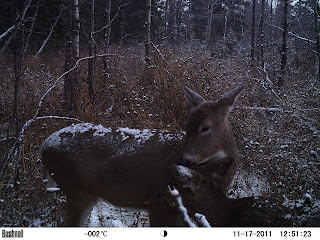 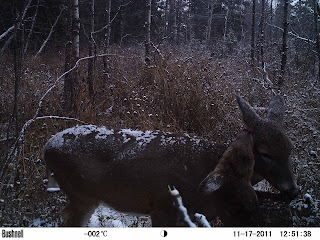 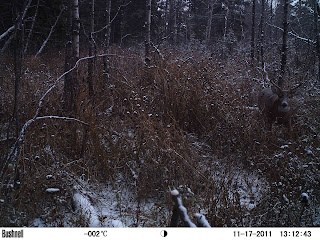 The three deer pictures are a perfect example of what I was discussing. The images were captured over the noon hour, within 50 metres of one of the trails, and people walking on the trail would have had no idea that the deer were in such close proximity.

As we get more images, we'll upload and share them.

Keep you eyes peeled. You never know what you'll see on your adventures.

This is an excellent project. It not only provides some scientific data but gives an interesting picture of what's going on. I'll be watching for more posts.